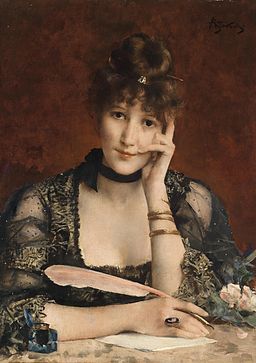 Yes, I did it. I signed up for Nanowrimo this year. I knew it was going to be difficult, but I made a public pledge that I would write 50,000 words of a novel in a month.

Secretly, I made another pledge. I knew this month was going to be crazy, since I was going to be on the road so much. I find it hard to write creatively — or any other way — when I’ve worked a fifteen hour day and I have to get up at 3 a.m. to start another long day. But I promised myself that I would write something every day. My goal has been to write every day for 30 days.

Writing while on the road is good and bad. While writing in a hotel room after a long day is difficult, I find it much easier to write when I’m stuck on a plane and my cell phone battery is almost dead and there is no Wi-Fi and I forgot to bring one of those old-fashioned things called print books. One week, I spent a total of 20 hours up in the air. On flying days, I was able to get a lot of work done.

The glory of Nanowrimo is that you give yourself permission to write anything. Don’t listen to the inner editor at all. The downside is that not everyone can do that. That’s just not the way their minds work.

I know some people hate the whole concept of Nanowrimo. One writing friend compared it to asking someone with an eating disorder to join Weight Watchers. The pressure to write a certain amount by a certain deadline fuels their sense of panic, inadequacy, guilt. Every writer has those feelings, but in some cases providing an arbitrary deadline magnifies them. If that’s what it does to you, then absolutely you should avoid it.

I think doing Nano can help you turn writing into a habitual act. You might want to try it. If it awakens old demons, then toss it aside. You’re doing this for you. The public isn’t facing the blank page (white screen), you are. If I don’t actually make it across the finish line, I really don’t care. I am confident that I will be able to make m goal of writing 30 days in a row. And I’ve already gotten out of this month what I was hoping for. The WIP that in October was a mishmash of separate scenes has coalesced into a coherent narrative.

Well, I think it’s coherent. Once I finish the story, I am going to set it aside to rest while I start Edward and Charlotte’s story. Then I will go back and see how it looks. I’m not going to worry about that yet. For now, it is enough to feel the story come alive.

Have you tried Nanowrimo? Did it work for you?

Updated to add: Yes, I have officially “won” Nano. I put 50,000 words in a story. Most of them in chronological order even. But I am going to write again tomorrow because my personal Nano goal was to write every day for 30 days in a row. That’s what is important to me about Nano.

Chuck Wedig has a blog post with a lot of people’s reactions to their own Nano experience.

This entry was posted in Writing and tagged James, Nanowrimo. Bookmark the permalink.